Showing posts from April, 2012
Show All

Top 5 Mysteries of Ancient or Lost Civilizations 5. Age of the Pyramids and Sphinx Most Egyptologists believe the Great Sphinx on the Giza plateau is about 4,500 years old. But that number is just that – a belief, a theory, not a fact. As Robert Bauval says in ‘The Age of the Sphinx’, “there was no inscriptions – not a single one – either carved on a wall or a stela or written on the throngs of papyri” that associates the Sphinx with this time period. So when was it built? John Anthony West challenged the accepted age of the monument when he noted the vertical weathering on its base, which could only have been caused by long exposure to water in the form of heavy rains. In the middle of the desert? Where did the water come from? It so happens that this area of the world experienced such rains – about 10,500 years ago! This would make the Sphinx more than twice its currently accepted age. Bauval and Graham Hancock have calculated that the Great Pyramid likewise dates back to about
Post a comment
Read more 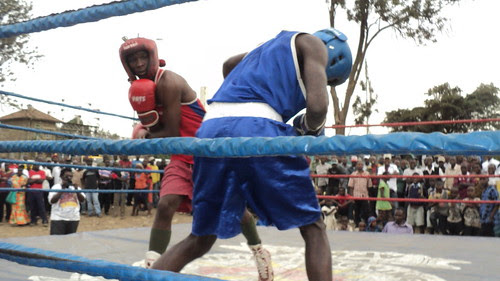 Hooks , a photo by Kamotho2010 on Flickr. Climate Change Advocacy through sporting events,view and support us to host more sporting events
Post a comment
Read more 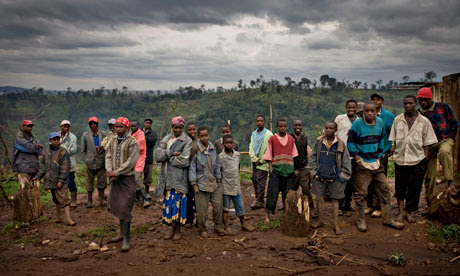 New international land deals database reveals rush to buy up Africa World's largest public database lifts lid on the extent and secretive nature of the global demand for land •  Who's investing what and where? Get the data Kenyans who live on disputed land at the Mau forest stand by the roadside at a makeshift village. Photograph: Finbarr O'Reilly/Reuters Almost 5% of  Africa 's agricultural land has been bought or leased by investors since 2000, according to an international coalition of researchers and NGOs that has released the  world's largest public database of international land deals . The database, launched on Thursday, lifts the lid on a decade of secretive deals struck by governments, investors and speculators seeking large tracts of fertile land in developing countries around the world. The past five years have seen a flood of reports of investors snapping up land at rock-bottom prices in some of the world's poorest countrie
Post a comment
Read more

2007–2008 Kenyan crisis 2007–2008 Kenyan crisis Clashes in  Nairobi Date December 27, 2007 – February 28, 2008 Location Kenya Result Creation of  coalition government [ 1 ] Casualties and losses 800–1,500 killed [ 2 ] [ 3 ] [ 4 ] 180,000 [ 5 ] -250,000 displaced [ 6 ] The  2007–2008 Kenyan crisis  refers to a political, economic, and humanitarian crisis that erupted in  Kenya  after incumbent  President   Mwai Kibaki  was declared the winner of the  presidential election  held on December 27, 2007. Supporters of Kibaki's opponent,  Raila Odinga  of the  Orange Democratic Movement , alleged electoral manipulation . This was widely confirmed by international observers,perpetrated by both parties in the election. In part due to the ethnic and geographic diversity of the ODM coalition, no one narrative can explain the reaction of opposition supporters to the announcement of Kibaki's swearing-in. In addition to staging several nonviolent protests, opposition
Post a comment
Read more
More posts