Showing posts from April, 2013
Show All

April 23, 2013
Maasai anger as they lose land to Arab hunters This sign in Kiswahili at the meeting in Olorien village on 6 April 2013 says: "We will fight for our land until the end." In a remote corner of northern Tanzania, Boeing 747 planes land on a private airstrip, trucks with United Arab Emirates (UAE) number plates drive across the plains, and anyone with a cell phone receives an unlikely text message:" Dear guest, welcome to UAE."For centuries, the sprawling savannah in the Arusha region of the East African nation was home to the Maasai people, but these days it can feel more like Dubai, one of the states that make up the UAE. That is because this chunk of land in Arusha's Loliondo area near the Serengeti National Park has been leased to an Emirati hunting company called the Ortello Business Corporation (OBC). Since 1992, OBC has flown in wealthy clients to shoot lions,elephants and leopards, angering nomadic Maasai cattle herders who are blocked from pastu
2 comments
Read more 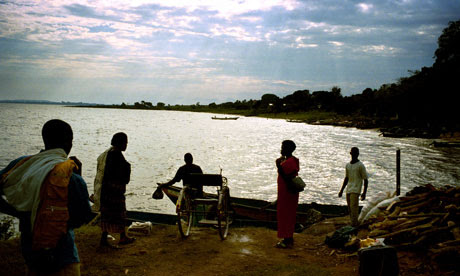 Climate change must be integrated into the post-2015 agenda, as ignoring it may condemn many Africans to a life of poverty Cities and towns in sub-Saharan Africa face increasing risks from water scarcity and floods, while coastal areas are also threatened by sea level rise. Photograph: David Levene for the Guardian Observational records and model projections clearly shows that 75-250 million people in Africa are projected to face increased  water  stress by 2020 due to  climate change ; the average sea level is expected to rise by about 50 cm by 2100 and about 70 million people in Africa's coastal areas could face the risk of flooding by 2080. It is estimated that by 2100, parts of the Sahara are likely to become the most vulnerable, showing likely agricultural losses of between 2 and 7% of GDP and by 2050 average rice, wheat, and maize yields will decline by up to 14%, 22%, and 5%, respectively. This poses a serious challenge to social and economic development part
Post a comment
Read more
More posts