Showing posts from 2015
Show All

February 20, 2015
By: Gabriel Makuei Tor, JUBA,  The natural resources in South Sudan (S.S.) have been defiled, so stop  singing the “virgin land” song, like “a baby nation” clause in the  mouths of S.S. corrupted officials. In our times when we were kids,  way before 2nd civil war kicked in between South and North Sudan, over  30 years ago, there were rare cases of sickness and natural death.  Though we were drinking right direct from the rivers and rain waters,  we still remained healthy than a kid living on the same today, but  those days were true in their own style than these days!  So what happened? What has changed? To answer these questions, you may  have your own answers but let’s read through here below:  You heard of the climate change; the religion of the 21st century.  That everything we use has an effect and limitation, even the sun and  the waters of the Seas. The air, soil and water are being polluted by  human activities globally and here is looking through S.S. windo
8 comments
Read more

Maasai of Kenya and Tanzania, forebearers of an ancient East Africa Empire

January 20, 2015
The Maasai of Kenya and Tanzania, forebearers of an ancient East African Empire…? Vast areas of Kenya and Tanzania bear Maasai related names, a sign that the Maasai of Kenya and Tanzania were once the dominant community in East Africa. For instance, Nairobi, the capital city of Kenya, is drawn from “Enkare Nairob”, which means “Place of cool waters” in Maasai. Mt. Kenya is “Eru Kenya”, meaning “Snow from Laikipia”. Nakuru, Kenya’s third largest city, is also a Maasai name. Then across a vast length and breadth of about 1,000 kilometres and 800 kilometres respectively, transcending both Tanzania and Kenya, are numerous locations that have either Maasai names or Samburu names. The Samburu of Kenya are close kin of the Maasai, and the Maasai and Samburu converse with each other without much difficulty. The Maasai/Samburu names of key locations that spread across both Tanzania and Kenya include Serengeti, Ngorongoro, Mt. Kilimanjaro in Tanzania, Africa’s
3 comments
Read more 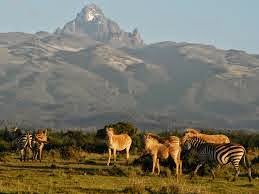 The 2010 Kenya constitution, chapter five stipulates the foundation of human rights is anchored on clean and healthy environment. Unfortunately in Tharaka- Nithi County bordering Embu County lies the snow capped Mt.Kenya Mountain second highest in Africa,located along the equator, Chuka town lies in a section of the larger Mt. Kenya forest which is known for its birds sanctuary, wildlife, splendid flora and fauna, streams of river and the century old trees, around the center of the mountain in 1997 was designated as a national park and listed as a UNESCO World Heritage Site, since time immemorial conservation efforts have been embraced by the indigenous forest community, on the other hand government Forest Officers in charge of national park and the larger forest have been plagued by widespread corruption activities, inefficiency, political servitude, low   standards of professionalism, mass production of "bhangi"( cannabis ), massive charcoal production within the
Post a comment
Read more
More posts