Showing posts from May, 2014
Show All

Mobile Phones: How To Trace A Mobile Number?

How To Trace A Mobile Number? Are you sick and tired or getting missed calls from an unknown number? Do you tend to get all the information belongs to that ‘very’ number which is not only disturbing but also spooky at time? Don’t worry, now with the help of extensive technological growth all over the world,   mobile number tracker becomes an easy source of solution. It is a doubtless solution for recognizing the offender. With the help of few ‘quick to do’ steps, one can easily get to the ultimatum. You don’t have to be the son of Homes (excuse the pun) but need to check the first 4 to 5 digits which generally stands for the telecom service providers. But at the same time you need to be an Einstein to know all the service providers which no man on Earth can think of. So you are stuck, the answer is no!! You just need to go for the web engines (Google, Yahoo and Bing) which will search for you in seconds. The hunt would easily speak about the number along with its location.
Post a comment
Read more 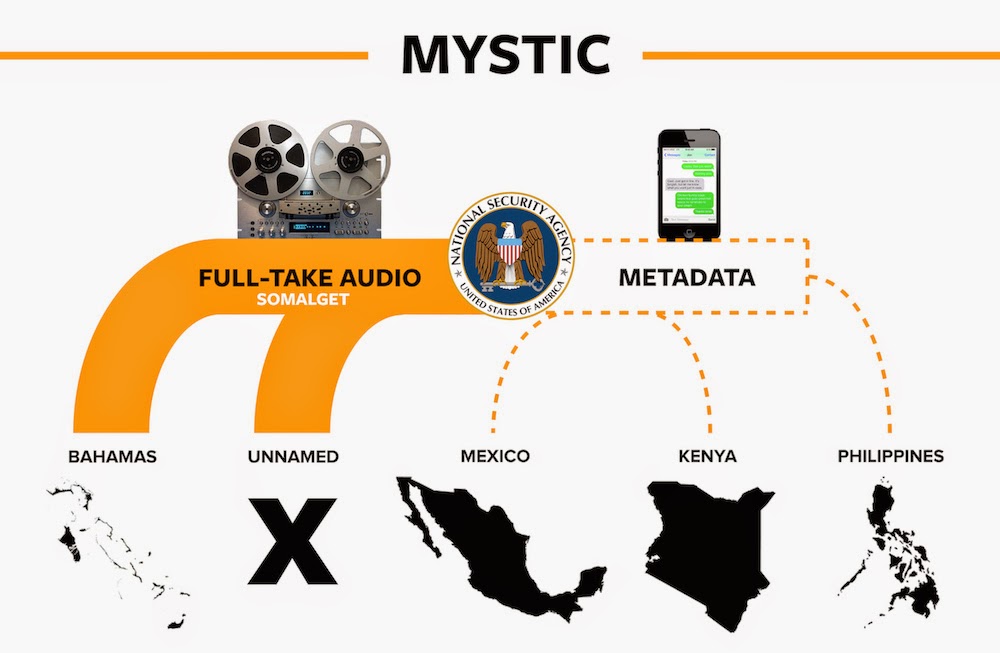 The National Security Agency is secretly intercepting, recording, and archiving the audio of virtually every cell phone conversation Kenya,  Caribbean, Mexico,Philippines and other unnamed counties . According to documents provided by NSA whistleblower Edward Snowden, the surveillance is part of a top-secret system – code-named SOMALGET – that was implemented without the knowledge or consent of the Bahamian government. Instead, the agency appears to have used access legally obtained in cooperation with the U.S. Drug Enforcement Administration to open a backdoor to the country’s cellular telephone network, enabling it to covertly record and store the “full-take audio” of every mobile call made to, from and within the Bahamas – and to replay those calls for up to a month. SOMALGET is part of a broader NSA program called MYSTIC, which   The Intercept   has learned is being used to secretly monitor the telecommunications systems of the Bahamas and several other countries, including
25 comments
Read more

May 29, 2014
By Javier Blas in Kigali, RwandaAuthor alerts Zhou Xiaochuan, governor of China’s Central Bank Beijing has made a rare and candid admission of the difficulties in its economic relationship with Africa, with one of the country’s top financial officials describing some Sino-African deals as “not so good, not so satisfactory”. The comments by  Zhou Xiaochuan , governor of China’s central bank, appear part of a much broader effort by Beijing to  recalibrate its economic and trade relations with Africa  in response to growing criticism inside and outside the continent. “Different entities have behaved differently. There may have been some phenomena of Chinese investors [that were] not so good, not so satisfactory,” Mr Zhou said. The comments are among the most forthright by senior Chinese officials about  troubles in their country’s relationship with the continent , although Mr Zhou did not elaborate about specific deals. China-Africa trade has surged over the past decade, rea
Post a comment
Read more

Titles and Templates of Conformity.

May 17, 2014
Dear Humans, Today I wish to return to your awareness an aspect of the Human condition that readily conforms to labels and titles. Titles come in all flavors, shapes and sizes, so everybody gets to have one. Some seem rather impressive, whereas others are a bit more diminutive indeed. But in most every case, we assume our respective roles and seek to further refine our character. Like an actor on stage, we wear our persona as if it were a type of costume, then parade about as if the show must go on. So the question becomes just how intrusive are these titles and labels? Do they adequately define who we are or do they merely press into shape what others expect of us? Do we create our label or does it create us? One would hardly expect the pastor of a local church to get tanked-up at the corner watering hole. His label does not permit it— although he may desire it. So there would certainly appear to be a thin line between title and self-image. One must wonder just how dee
Post a comment
Read more
More posts